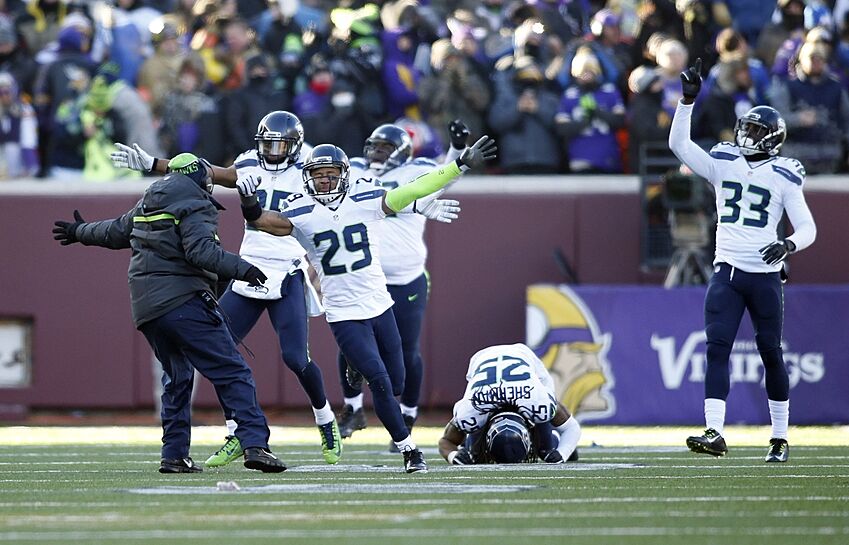 The Seattle Seahawks don’t always take players in the first round, but when they do…. sometimes they turn out great. Here are the ten best players worth the first round price tag.

Before offensive guard Germain Ifedi joined the team in 2016, it was tough to remember what it feels like for the Seattle Seahawks to select a player on the first day of the NFL Draft, but luckily, we here at ECS are here to remind you of the talent that the Seahawks have added to the team over the years in the first round.

Trading down out of the first round has worked pretty well for John Schneider and company so far. Indeed, it seems a worthwhile practice to trade down and accumulate as many draft picks as possible. Just ask the Patriots. We’ll see if this year’s large crop of rookies can perform all season.

We’ve enjoyed lower round picks becoming stars for the Seahawks in recent seasons due the excellent scouting and drafting efforts of Seattle’s front office. When they have chosen a player in the first round, it hasn’t always panned out. But hopefully this list will remind you of some of the successes the Hawks have had in the draft.

The following ten players are first round picks for the Seattle Seahawks who have produced well in the NFL either for the Seahawks or another NFL team. The rankings are somewhat subjective, and they are all players who the Seahawks have drafted in the first round and have had productive careers in the NFL. Let me know who I’m missing at the end of the slideshow in the comments section.

Next: Number 10
Next1 of 12Prev post
Use your ← → (arrows) to browse
Load Comments
Event Tickets
Powered by StubHub
Top Stories